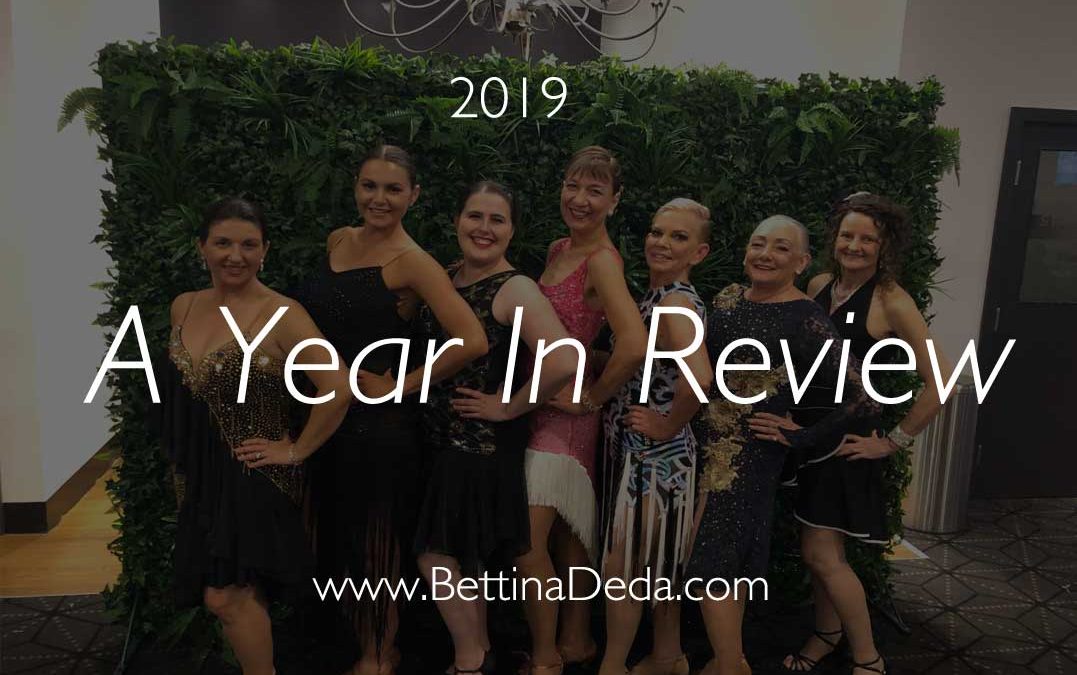 Dancing, travelling, writing, and helping people become healthier – that pretty much sums up 2019 for me. Reflecting on the past 12 months, I realise how much actually happened; small achievements and significant milestones. A rollercoaster of ups and downs, happiness and sadness. Here is my year in review.

A couple of days ago, I learned that my excellent dance instructor of the past 15 months chose to leave the dance studio to chase his dream of having his own business. A loss that I had anticipated but when it became reality, it shook my core harder than I thought. He came into my life for a reason and what I learned from him in ballroom dancing about relationships was priceless. He also is a beautiful person who I will miss.

Still digesting the news, I've been thinking about the time when I first met him in October 2018 and how much, since then, I have improved in every aspect of my dancing.

Dancing played a significant role in my life this year. At the beginning of 2019, my second year in ballroom dancing with Arthur Murray Sydney, I wrote down three goals:

I achieved all three goals by the end of September.

I danced my way into the final of the All Round Championships in Prague, which was prove of my advanced technique, and I passed my Bronze 3 exam with over 90% in September.

Apart from this milestone event, I danced in three other showcases in April (Sydney), June (Adelaide), and November (Sydney).

In the middle of the excitement and preparations for Prague, five days before I was to board my plane to Europe, I received a call from my aunt in Germany that my father had passed away that day.

Again, not totally unexpected, as he had been sick for a while, the message came as a shock, and I worked hard over the next few days spending every afternoon on the phone with Germany to lessen the impact on my dancing trip. I was adamant that I would not cancel the dance competition in Prague, an event which I had prepared for eight months and which had required a considerable investment of time and money.

In the end, I slightly changed my travel plans, and everything worked out according to plan. Within ten days of being in Germany after the dance competition, I organised my father's funeral and sorted out his household, including a massive de-cluttering project. The day after his ash was buried, I sat in the plane back to Sydney, where my daily life took over again. To this day, I am still digesting what happened and the fact that I lost both my parents now, as my Mum passed away 21 years ago.

Joy and sadness often go hand-in-hand. On the same day my aunt called about the death of my father, I received another call from my Arbonne sponsor to congratulate me that I had promoted to the first level of the company – a goal I had been chasing for a while. Totally preoccupied with the organisation of the funeral, the celebration of my promotion was drowned in the noise of the other events.

Three weeks after returning from Prague, I flew to the Gold Coast for AAC, the Arbonne Australia Training Conference.

The following three months, I had my best months since starting my business two years ago and am now working towards the next promotions and our incentive trip in October 2020.

In the light of the unsettling news from the dance school, I sought solace in numerology, which had helped me three years ago make sense of what had happened back then.

What I found confirmed my belief in spirituality and Universal guidance.

2019 is a Universal 3 Year with a high energetic field of creativity, self-expression through the Creative Arts, including dancing. Social activities played an important role this year.

2020, a Universal 4 Year, will focus on meticulously building a secure focus for the future. Due diligence before starting any project followed by specific action to get things done, is key and will deliver results. In other words, what you focus on today will determine your future.

This made my smile, as my goals for my Arbonne business in 2020 will set the foundation for a secure future not only for me, but also for my sons as soon as my business will become willable.

In regards to copywriting, I attracted a couple of ideal clients who asked me for ongoing work and retainer contracts. I wrote website copy, edited blog posts and did content marketing strategy consulting.

My preferred industries for business and content writing are transformational life coaching, interior design, and IT/Technology. When I started to work with a Lean IPD consultant, I had no idea what Lean Integrated Production Design was. Now, I enjoy ghostwriting for a variety of executives advising on that topic. My goal for next year is to work with one long-term client in each of these industries.

I also travelled to Melbourne for CopyCon in May.

I am excited about 2020, the energy of the Universal 4 Year and the start of a new decade. My gut feeling tells me that new doors will open presenting new opportunities in my business and private life.

My motto will be to surrender to the Universe, which has a far greater plan for us than we know. I recently read The Universe Has Your Back by Gabrielle Bernstein, who says in her book:

"When we get in sync with the Universe, we begin to experience many miraculous and mysterious synchronicities."

If you are interested in working with me for content and business writing in 2020 or building your online business with Arbonne, let's chat!

Merry Christmas and a wonderful and exciting New Year!

When we get in sync with the Universe, we begin to experience many miraculous and mysterious synchronicities.
Gabrielle Bernstein 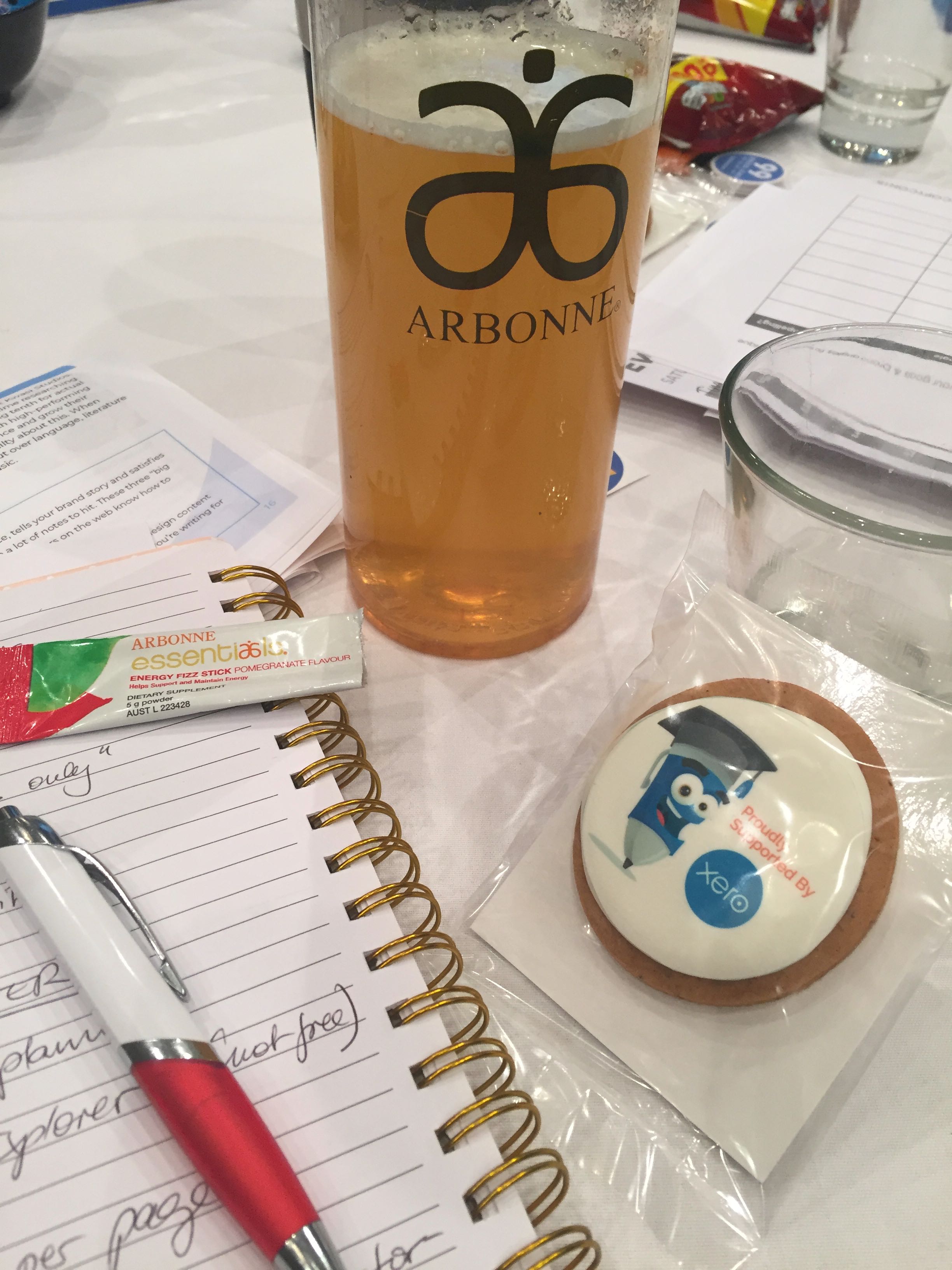