ArtFocus: Janet Laurence and her Wunderkammer in Chippendale 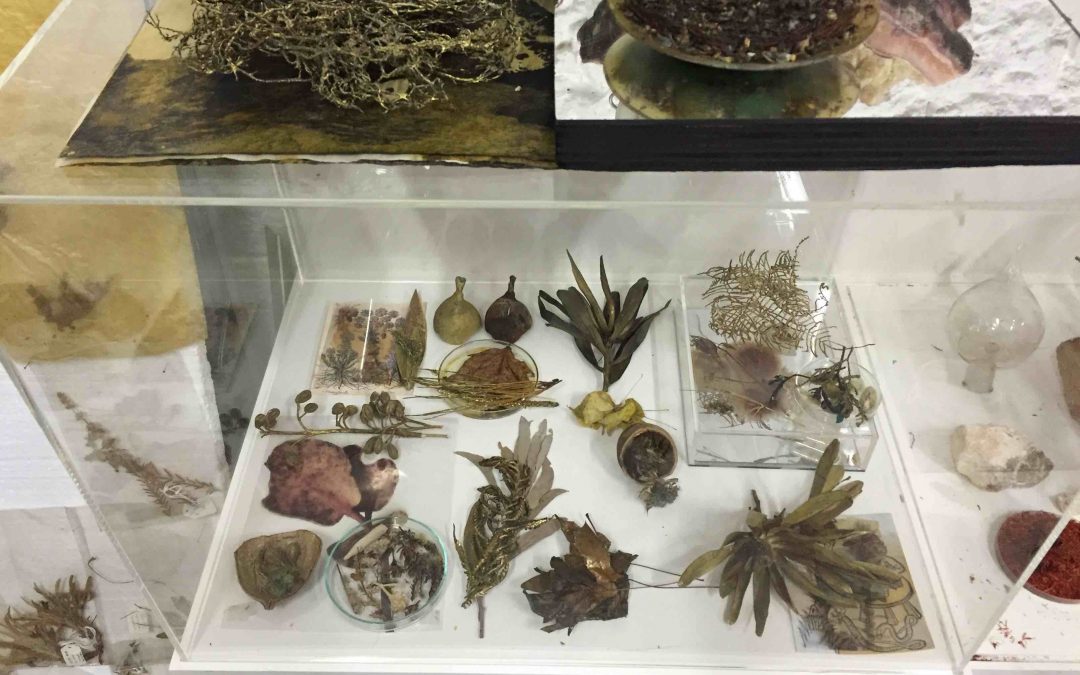 Have you ever been in a Wunderkammer? I recently landed in one without expecting it, and it was an experience I will never forget.

As a member of The Contemporaries, I am invited to artist’s studios and art events around Sydney over the year. Recently, the group visited the studio of Australian artist Janet Laurence. Intrigued by the image in the invitation – I have to admit that I had not heard of her before – I registered for the night.

After one hour in the car to get from the Northern Beaches to the city in the early evening – Sydneysiders will know what I am talking about – I managed to find a park in the artistic inner-city suburb of Chippendale and walked along the narrow streets to find the studio entrance in a small courtyard off the street. My excitement grew as I climbed up the worn timber stairs to the first floor to be overwhelmed by what I saw: a Wunderkammer in the truest sense of the word.

A Cabinet of Curiosities

According to the website tate.org.uk, “Wunderkammern or curiosity cabinets were collections of rare, valuable, historically important or unusual objects, which generally were compiled by a single person, normally a scholar or nobleman, for study and/or entertainment. The Renaissance Wunderkammer, like the modern museum, were subject to preservation and interpretation. However, they differed from the modern museum in some fundamental aspects of purpose and meaning. Renaissance Wunderkammern were private spaces, created and formed around a deeply held belief that all things were linked to one another through either visible or invisible similarities.  People believed that by detecting those visible and invisible signs and by recognising the similarities between objects, they would be brought to an understanding of how the world functioned, and what humanity’s place in it was.” 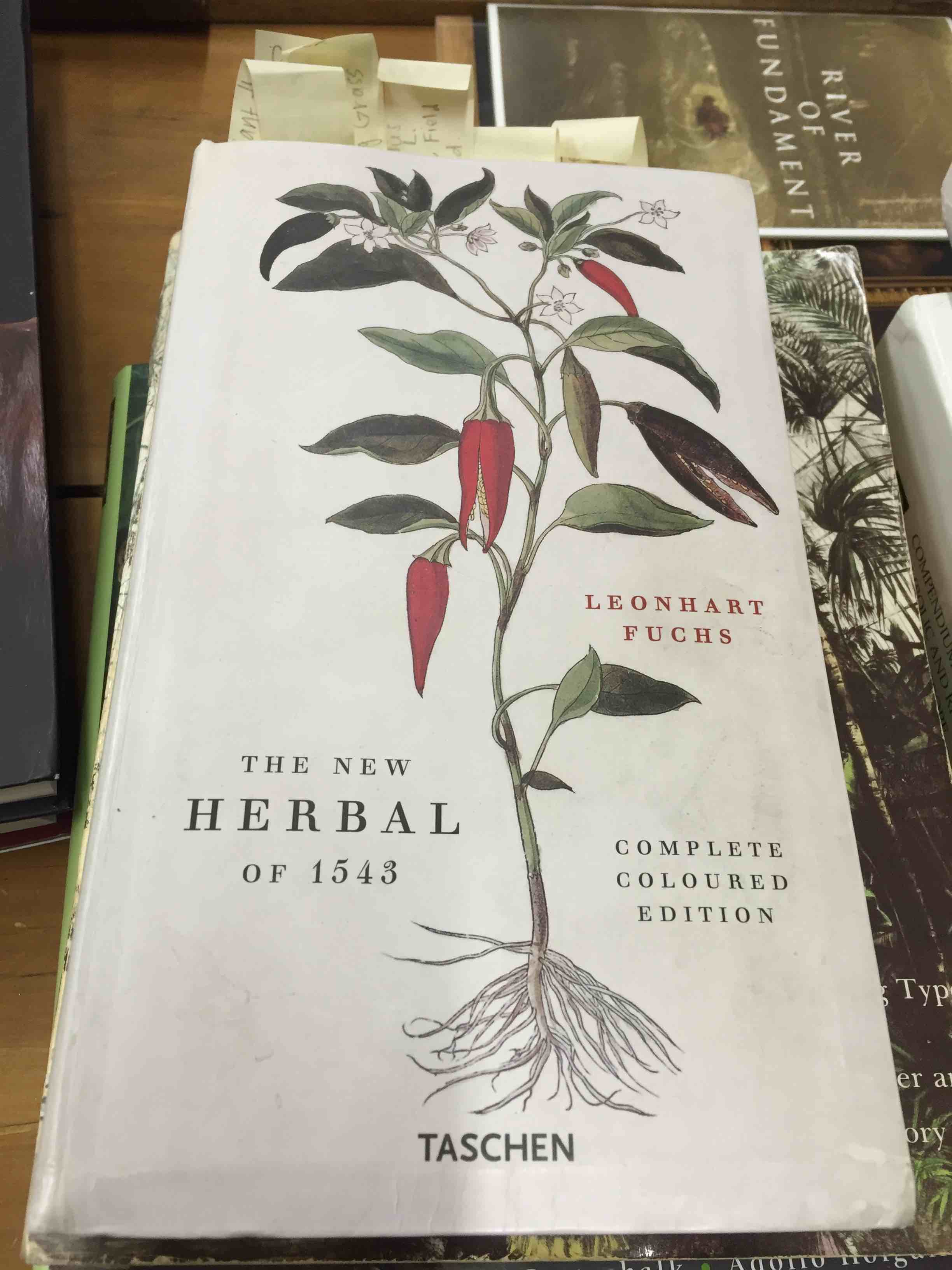 Like the Renaissance Wunderkammer, Janet Laurence’s studio is a space for the curious, for people observing the world with awe, for those who love wandering and wondering. The studio immediately cast its spell on me. My eyes did not know where to look first – quickly scanning the space – but landed on an island of several tables of different heights pushed together in the middle of the room. The tables were  loaded with books, plastic storage containers, boxes with printed images, papers, and large Perspex display boxes one of which housing a huge owl staring at the visitors with her big eyes. As a bibliophile, I started inspecting the piles of large coffee table books sitting on a standing table. The New Herbal by Leonhard Fuchs made me stop and opening the pages. What a treasure! Leonhard Fuchs was a German Botanist and Physician, born in 1501, and created a milestone in Natural History with the publication of his reference book in 1543. His preternatural ability to depict the world of plants culminated in his reference book with the most accurate drawings and plant descriptions as well as a detailed glossary. 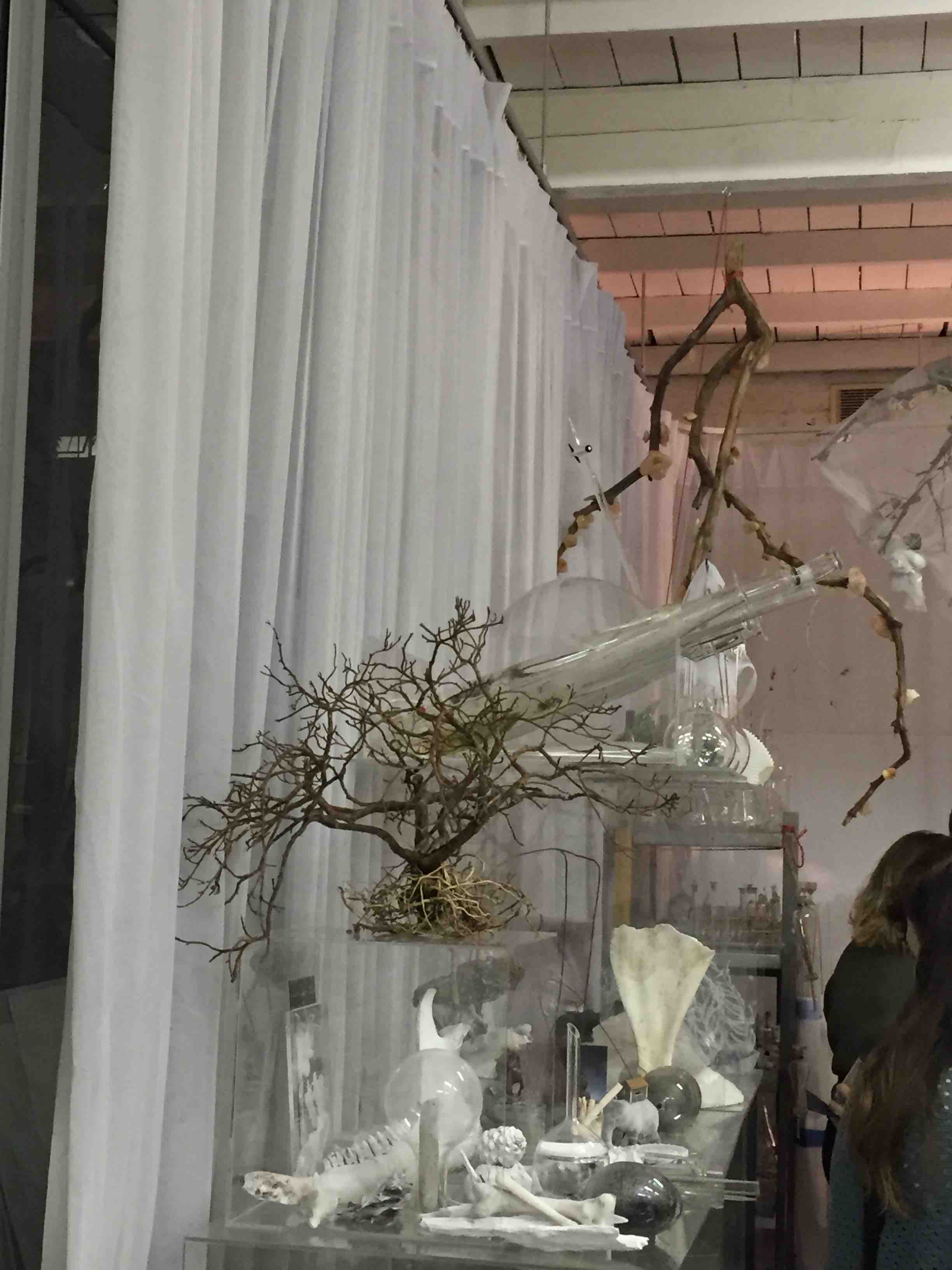 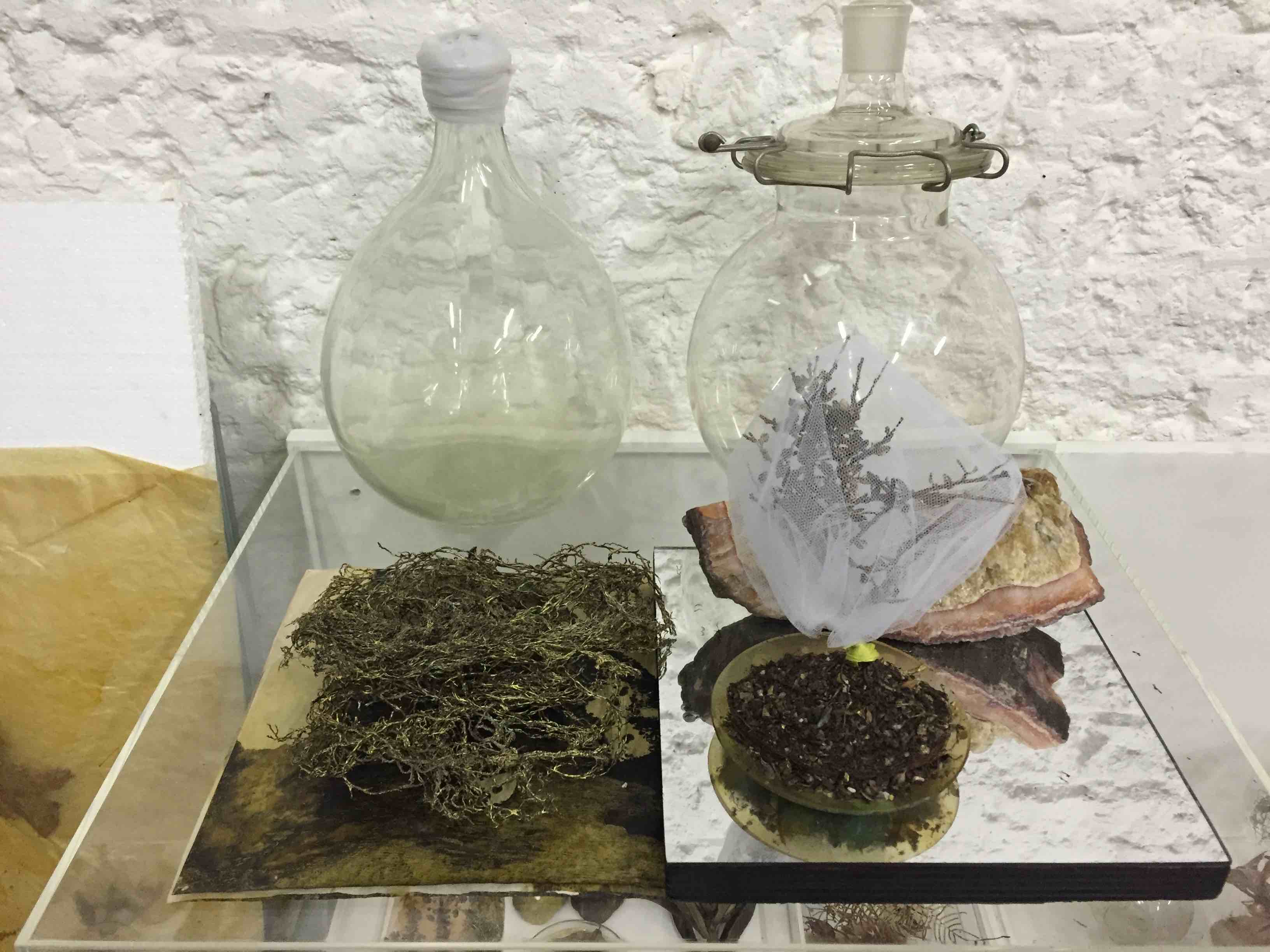 I found it hard to let go of the treasures on the table but my curiosity won, and I moved on to the displays behind me on along the studio wall. Collections of natural objects were carefully curated in further Perspex cubes: branches, leaves, pine needles, coated in gold made a stunning display for the curious observer.

I kept wandering through this cabinet of curiosities and could not get enough of what I discovered: natural objects galore, shells, bones, branches, roots – some of them artistically displayed on small Petri glass plates, others sorted neatly in storage boxes; branches of trees decorated with shells and wrapped in white tulle were hanging from the ceiling. Tables overflowing with paper, sketches, prints, and small models of installations yet to be translated into reality. Moving on, I entered a smaller room with numerous Perspex panels of various sizes showing Janet Laurence’s works – some finished, some in progress. The overarching theme of her gallery pieces and large installations “examines the interconnection of life forms and ecologies and observes the impact that humans have on the threatened, natural world.”

Janet is currently preparing a large installation for the IGA Berlin 2017, an international garden exhibition running from the 13th of April to the 15th of October 2017 in the German capital. The IGA will “present a new type of landscape discovery park as an unprecedented space where visitors can experience garden art, nature and landscape design as an integrated thematic and natural unit which is extended and enriched by offering games, sports and recreation as well as art and culture.”

But you don’t have to fly to Germany to admire her installations or secure one of her works for your home; Dominik Mersch Gallery is presenting Janet Laurence Naturestruck until the 3 September, and the Australian Museum is showing Deep Breathing (Resuscitation for the Reef), until 1 February 2017.