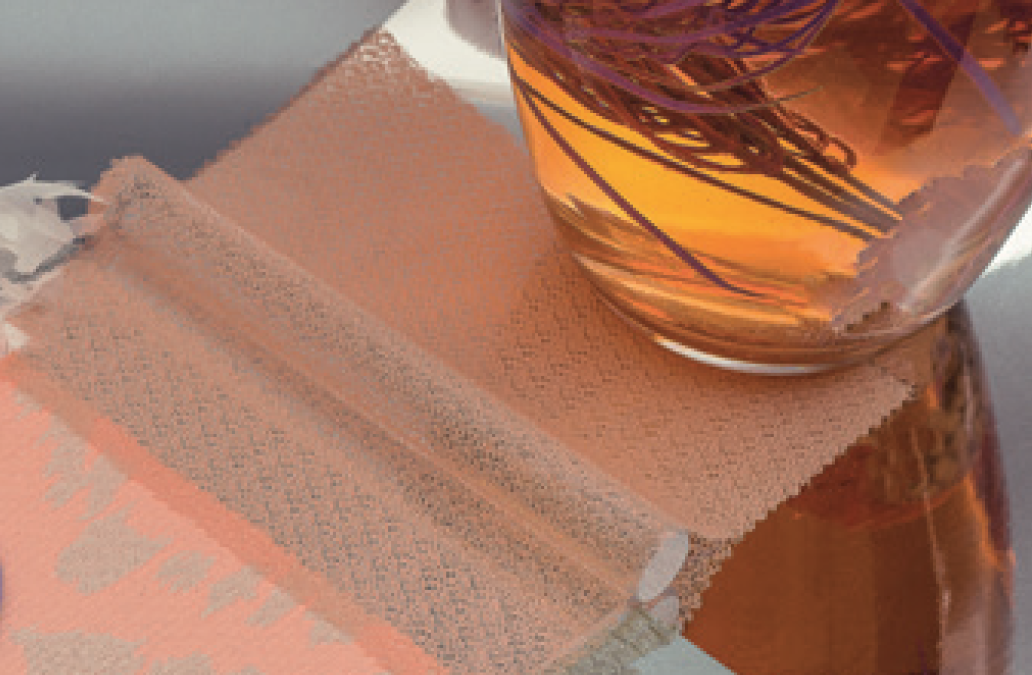 Every year in January, Frankfurt becomes the centre of the international design industry when the world’s largest trade show for residential and contract textiles, Heimtextil, opens its doors. Every year, an international group of designers, members of the Heimtextil Trendtable, investigates dominating universal trends relevant for design development in various industries.

For 2017, the Trendtable has come up with the overarching theme of ‘Explorations’ – a journey into the unknown, full of curiosities and fascination. The designers looked at the four areas Home + Work, Transport, Retail, and Hospitality and presented pioneering projects, new ideas, and unconventional approaches influencing our future.

For example, Kasita, a company present in the United States and Sweden, developed a “smart nomadic dwelling”, a 25-square metre apartment equipped with the latest technology and designed to fit into a shipping container so that it is easily moveable. A glimpse into the future of nomadic apartment living. In the area of transport, the new Airbus A350 XWB could be the solution to overcome jet lag issues. The designers used LED lighting whose colour temperature changes to imitate natural changes in sunlight. By combining this technology with an on-board humidifying system, the varying soft light supports travellers to adjust to changing time zones during the flight and, thus, reducing the jet lag sensation. Cool, isn’t it?

Based on the theme 'exploration', we have looked for materials, textures and elements to bring innovations to life. In doing so, we discovered fabrics that gave rise to surprising combinations when merged with other materials. It is these nine fabrics from unknown worlds that captivate us. At the same time, the natural aspects reveal an unexpected sensuousness.

The trends are then compiled into the Trend Book, which provides companies and designers with a guideline to incorporate the new trends in their products or services. In the introduction, the overarching theme ‘Explorations’ is explained as follows: “In the digital age, access to information has been democratised, enabling us to gain momentum in the way we move through life, flitting between activities and frenetically multi-tasking, enhancing experience and heightening sensation in our high-speed society: indeed for 52 % of global consumers, mobility represents of a richer, more fulfilling life. Yet alongside this activity, there’s an ongoing quest for deeper significance, as we seek to give our lives a higher importance. This dual trend is characterised on one hand by this ambitious call for exploration, fuelling a desire to travel and visit unknown areas, and on the other hand by creative introspection; the need to examine and understand how human beings work.”

Visitors at Heimtextil 2017 will have the opportunity to immerse themselves into the exciting theme park to explore, discover and touch and feel new production and marketing approaches. Visiting the theme park, which takes over an entire hall in Frankfurt, is a memorable experience. I attended the show a couple of years ago and was fascinated by this exhibition. To bring you a sneak peek into the new trends, I recently attended a live broadcast from Frankfurt with members of the Trendtable. Here’s what they predict.
The four trend themes at a glance:

1. Virtual Explorations
Digitalisation plays a vital role in this trend theme, which brings fabrics to life. We are invited to unleash our imagination and to make imaginary paradises a reality. Holographic effects on silk material, for example, create the impression of reflections in water. Exaggerated floral patterns, embroidery, lace, and jacquards intrigue and trigger unexpected attraction. The organism of cells inspires a new understanding of 3D and gives technical materials aesthetically pleasing malleability. The colours are vibrant aquatic hues. 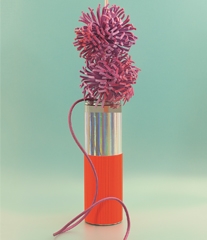 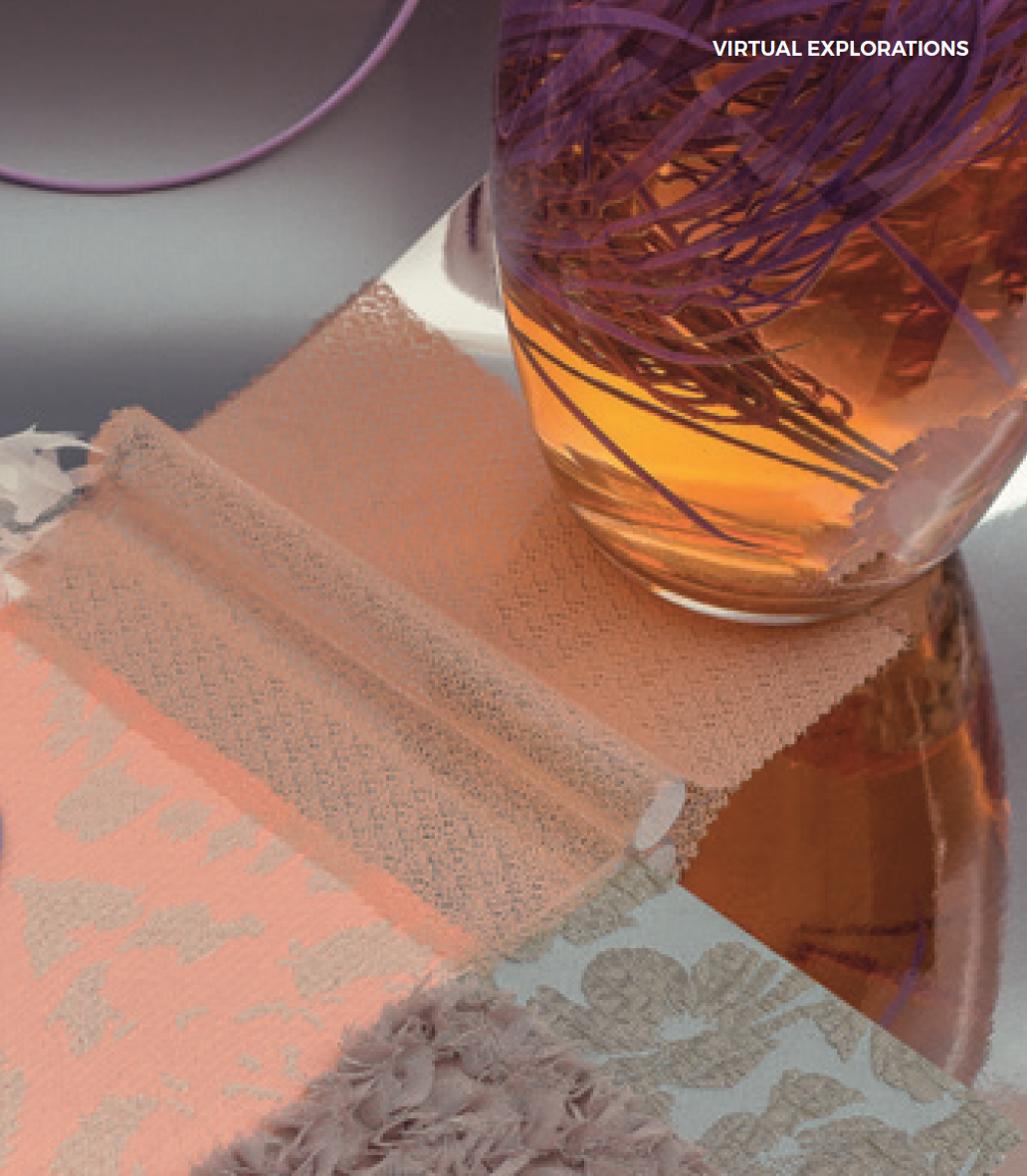 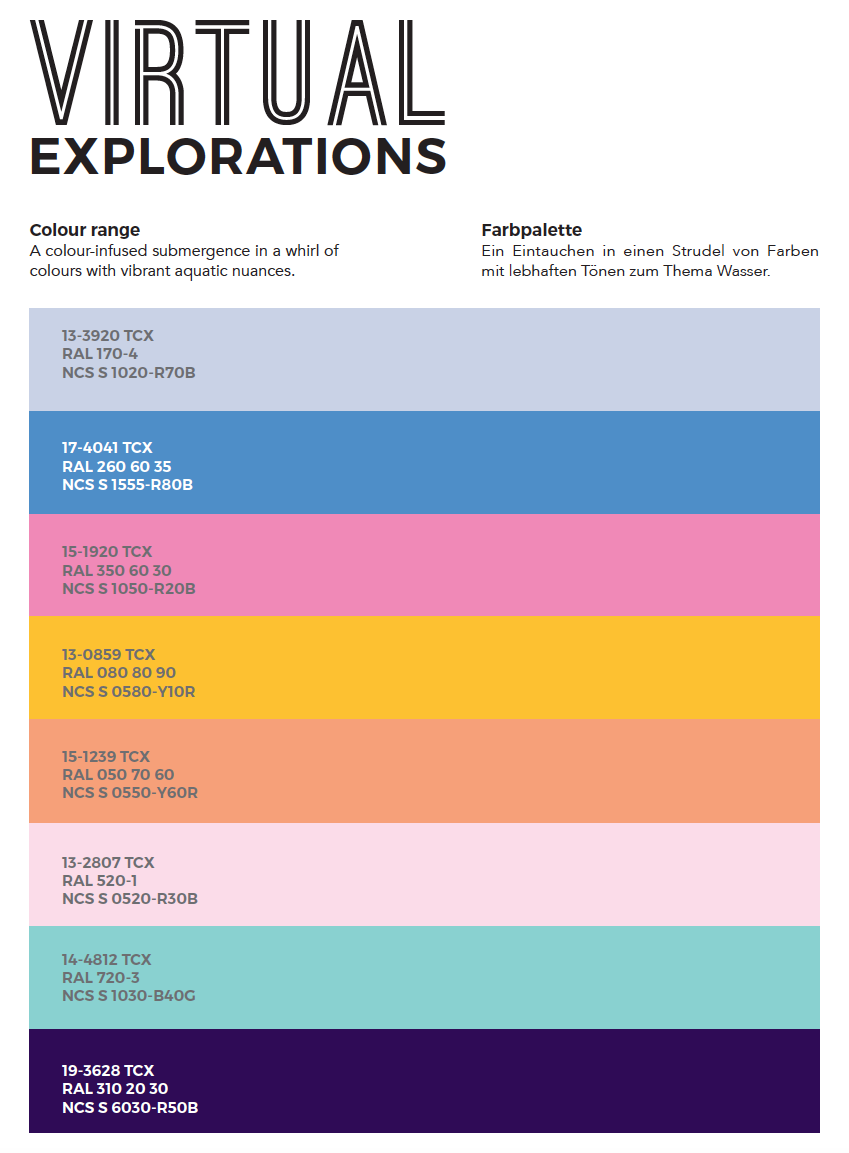 2. Cultural Explorations
The stories within this theme evolve around modernised tradition and urban ethic. A sole focus on one particular culture is disappearing. Traditional techniques are transferred into our modern world, weaving techniques dominate interiors [see my recent post about the Dulux Colour Forecast 2017]. Colours are muted with neutrals and browns dominating. 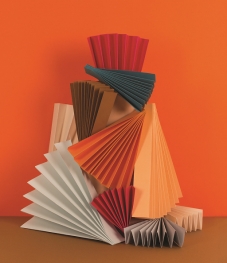 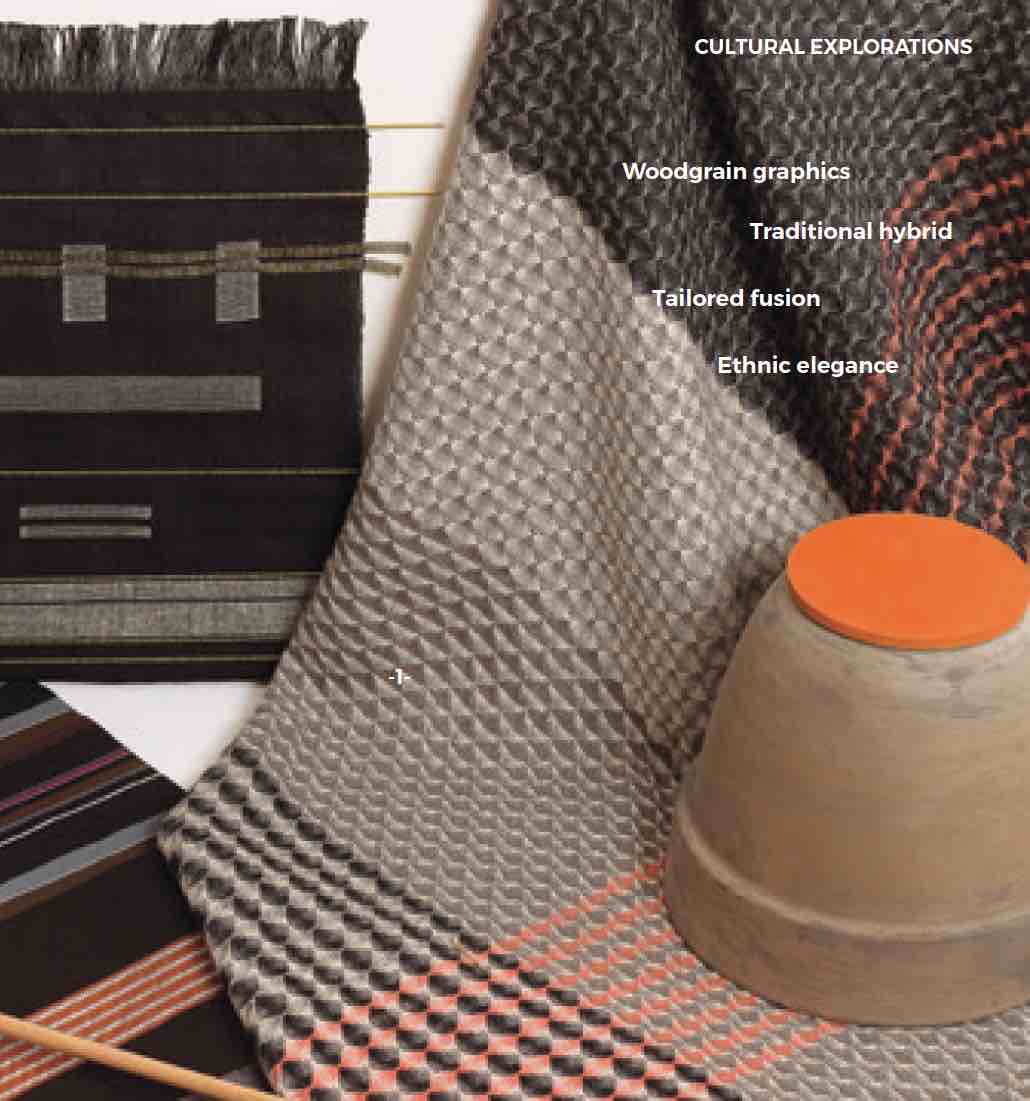 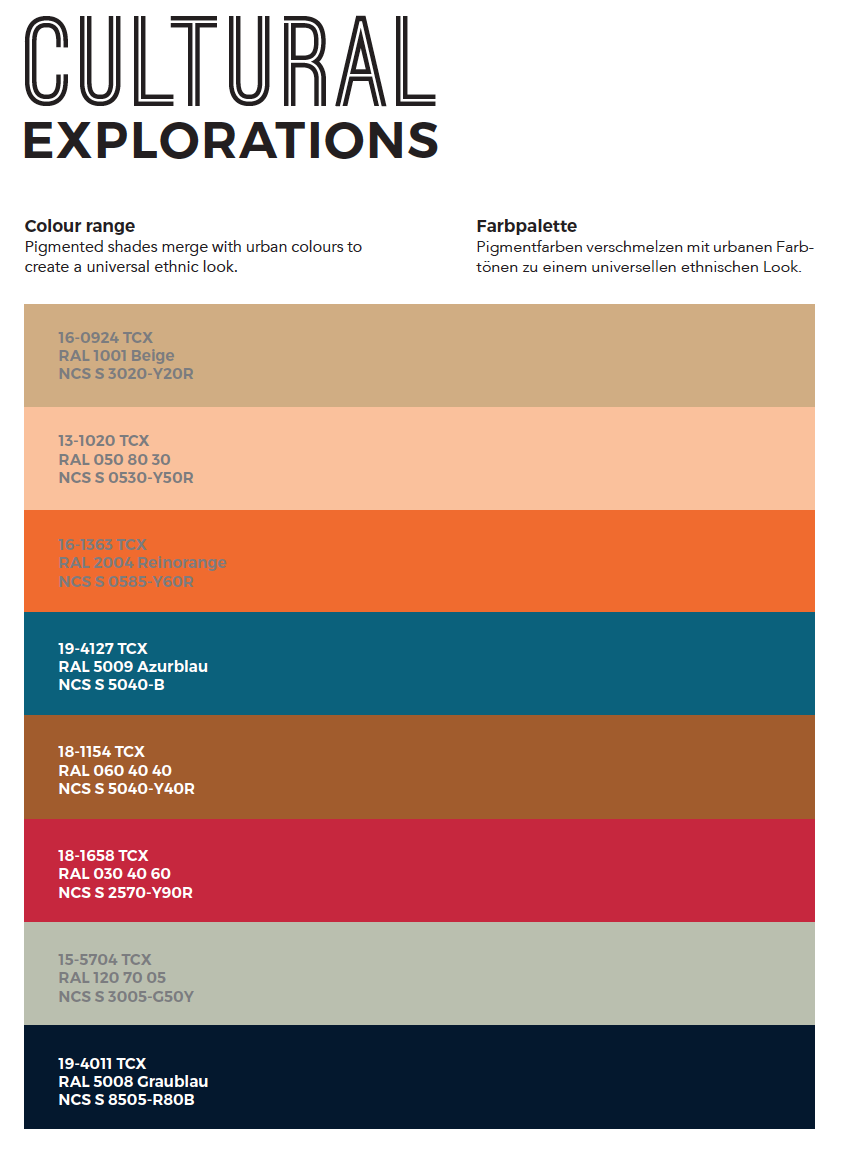 3. Planetary Explorations
This theme tells the stories about the extraction of materials and discovery of unknown textures, the delicacy of minerals and lunar-surface inspired materials serving as soft, protective shells. The colour palette contrasts light and dark. Bright white juxtaposes charcoal, cool blues and greens. 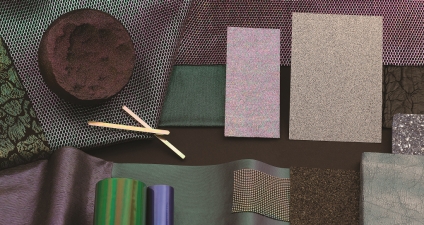 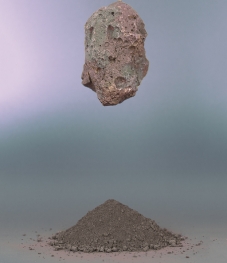 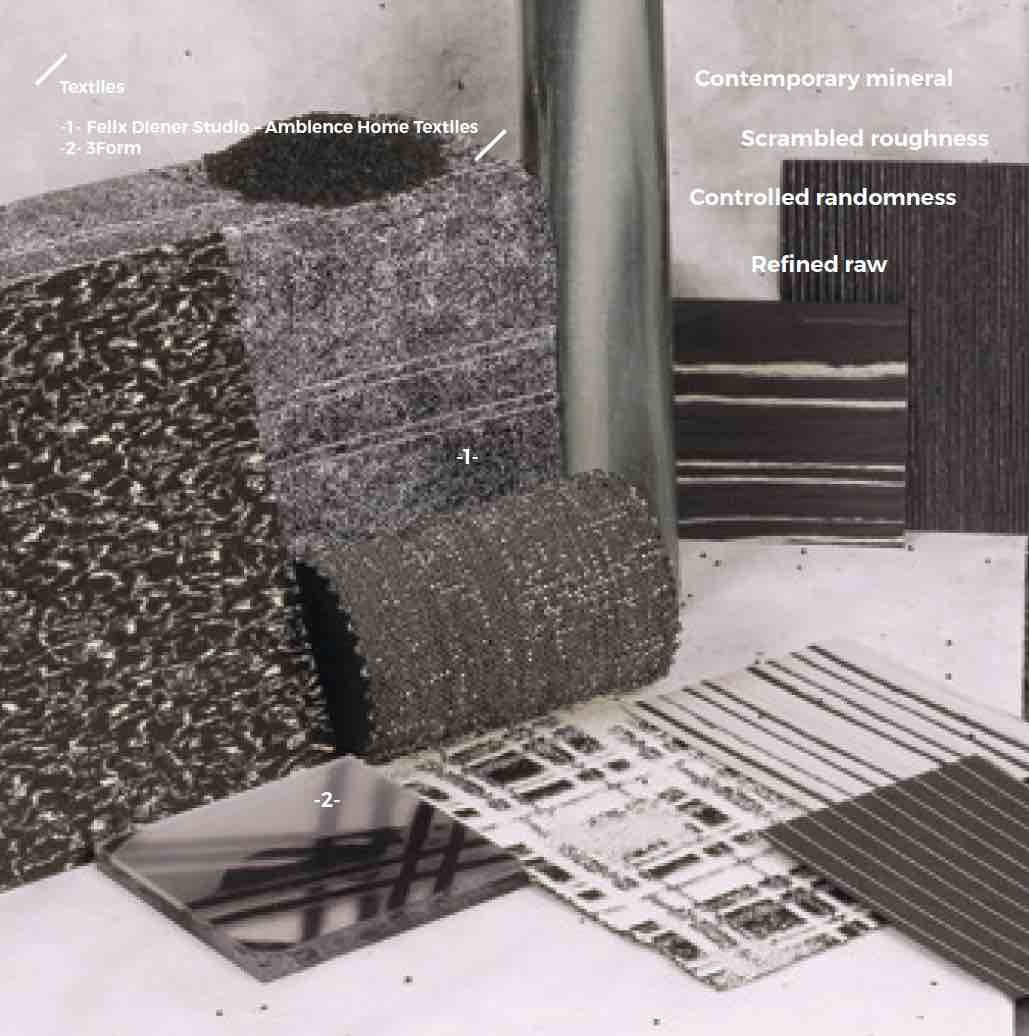 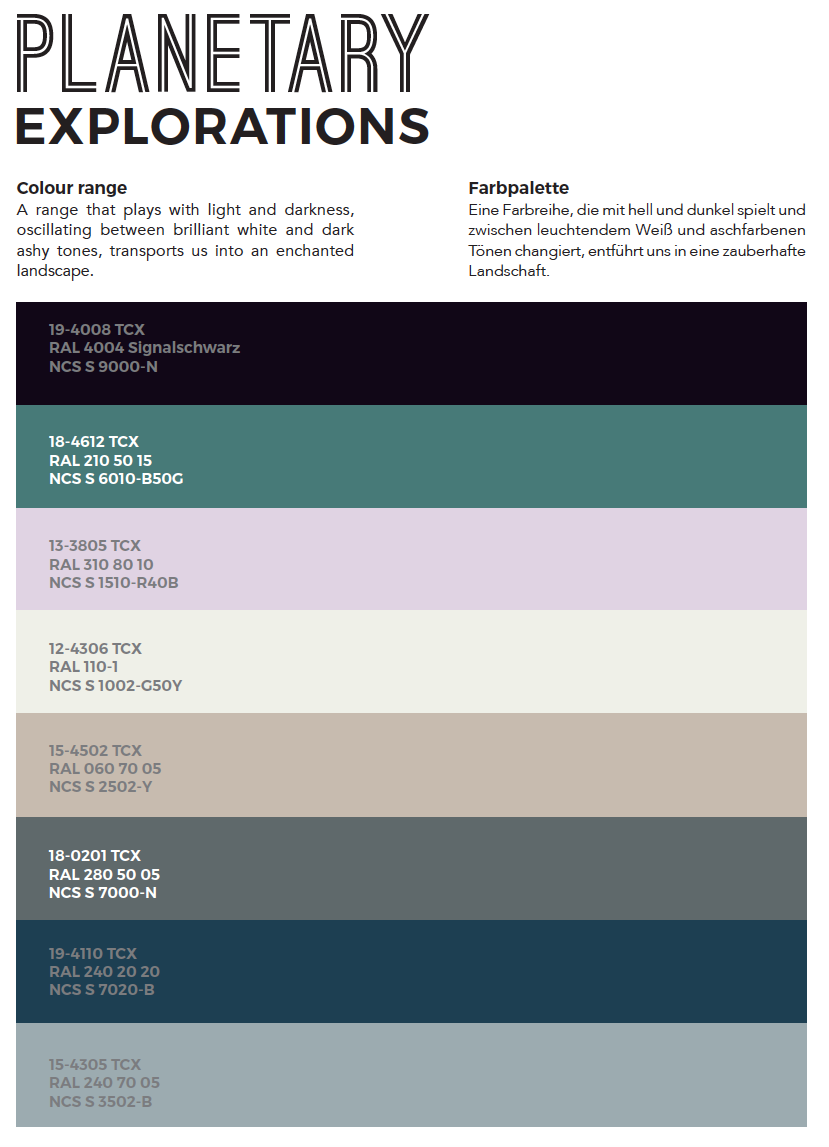 4. Natural Explorations
Back to nature is the motto of this theme. Through nature, we are rediscovering urban aspects. Natural materials find their way in industrial manufacturing processes. They also dominate our interiors with timber reliefs and bark structures. Animal textures represent details of the animal world. Neo-camouflage is all about camouflage patterns, original and artificial, from flora and fauna. High chromatic greens dominate the colour palette next to white, blue and brown. 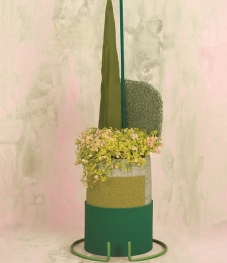 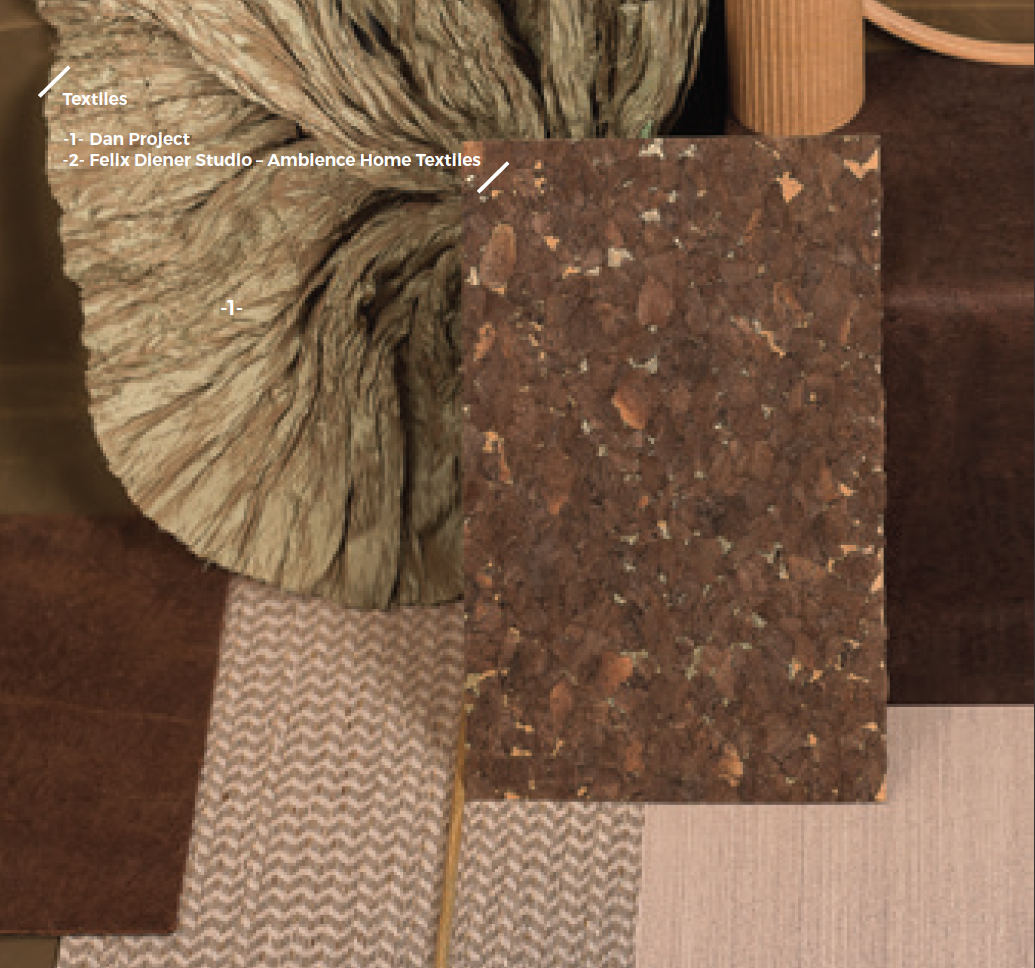 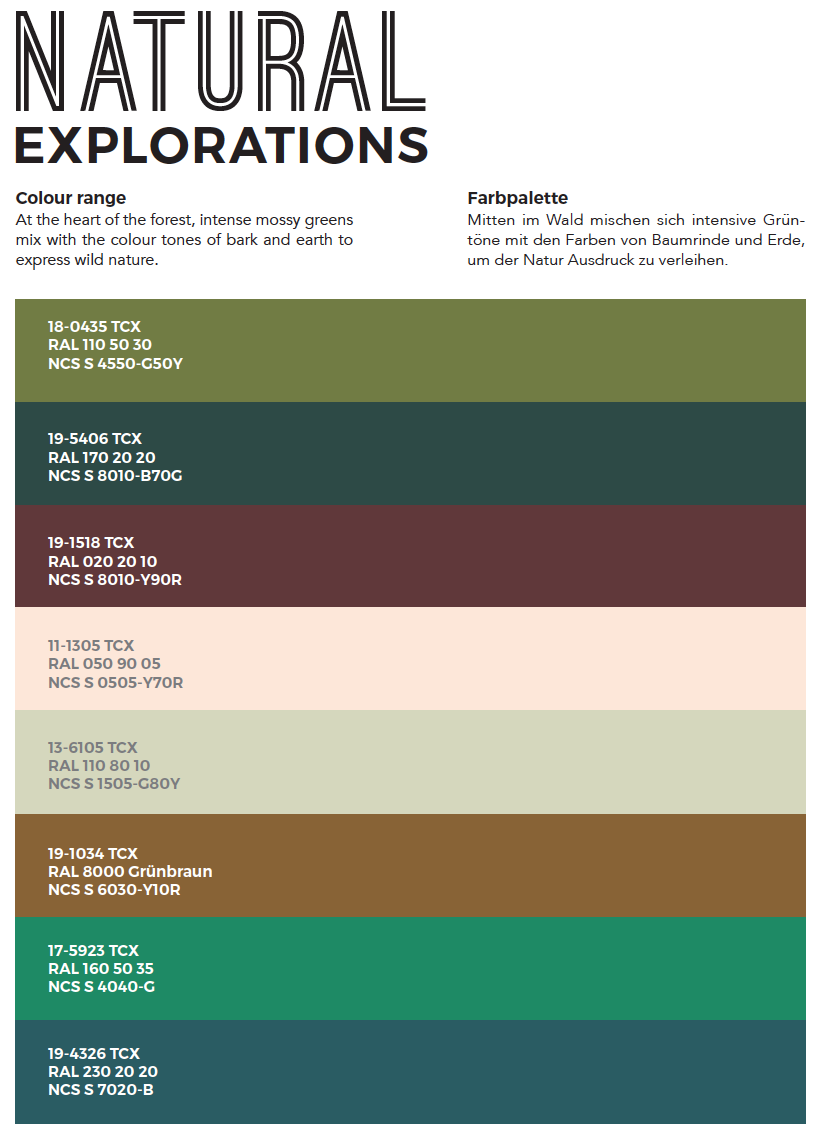 If you read my post about the Dulux Colour Forecast 2017, you would have noticed similar aspects and overlapping trends. For example, the traditional weaving technique plays a significant role in both trend forecasts. Or, the fact that nature and natural materials make their entrance into our homes – be it in the form of greenery and vertical gardens or finishes for our living spaces.

Would you like to incorporate some of the new colours and finishes into your home but don’t know where to start?

Book an initial consultation in Sydney or online.